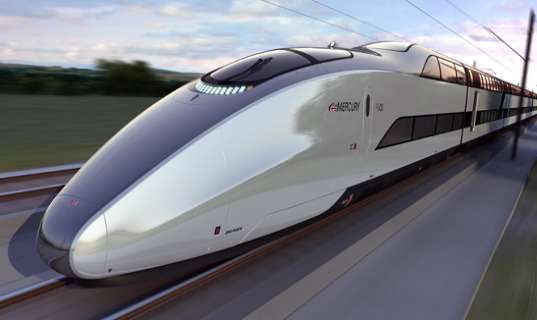 A designer behind the project, Paul Priestman, is hoping that the concept become what he calls â€œthe new Great British design icon, following in the footsteps of Concorde, the Spitfire, Rolls Royce and the Routemaster bus.â€ Could the Priestmangoode Mercury be the future of domestic rail travel?

Implications - Even if it isn't, the concept raises excitement in terms of the possibilities available for future railway travel. WIth many countries still in the process of weighing the costs and benefits of domestic rail travel, the concept's high-speed, low-carbon combination shows the public and government officials the potential for environmentally friendly (and time optimized) alternatives to cars.