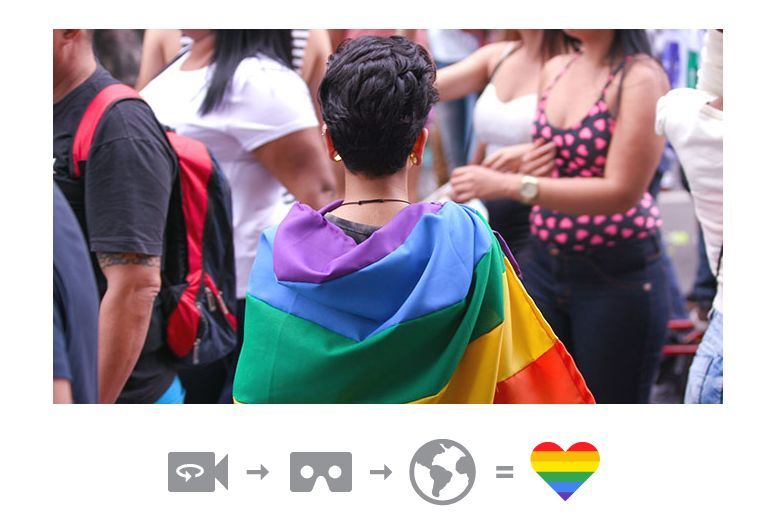 Google's 'Pride for Everyone' Captures Pride Celebrations in 360 Degrees

Google sent out employees to 25 different countries and equipped them with 360-degree cameras to capture the action of global pride marches. With a Google Cardboard headset, it's now possible to feel more connected to the LGBTQ community via virtual reality pride marches. Even without a VR headset, it's also possible to view content from project #prideforeveryone that's shared to YouTube.

As it stands, there are still 70 countries in the world where it's a crime to be gay. Even in places where there is equality and pride parades are hosted, many individuals still live in fear of judgement, discrimination or violent actions that may be taken against them.
4
Score
Popularity
Activity
Freshness
Get Better and Faster