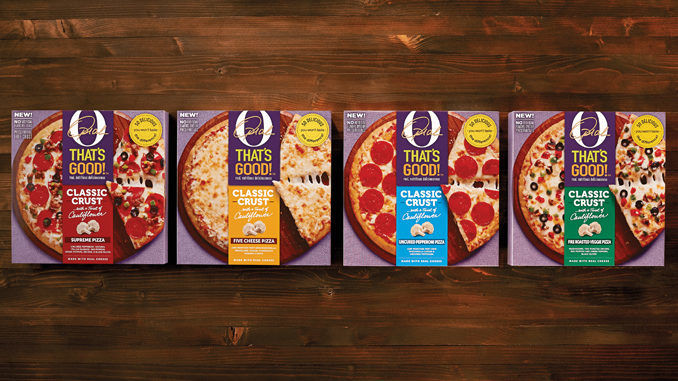 Michael Hemsworth — August 23, 2018 — Lifestyle
References: othatsgood & chewboom
The O, That’s Good! Premium Frozen Pizzas have been announced as a new lineup of frozen dishes created in partnership between Oprah Winfrey and Kraft Heinz. The pizzas will come in four flavorful varieties including 'Pepperoni,' 'Supreme,' 'Five Cheese' and 'Fire Roasted Veggie,' which are all made with high-quality ingredients. The pizzas are each made with a crust that is made with one-third cauliflower to cut down on the calorie level and make them more applicable for consumers seeking out a healthier option to choose.

The O, That’s Good! Premium Frozen Pizzas are priced at $6.99 each at grocers nationwide and have been announced alongside an expansion of the refrigerated soups and other side dishes from the brand.