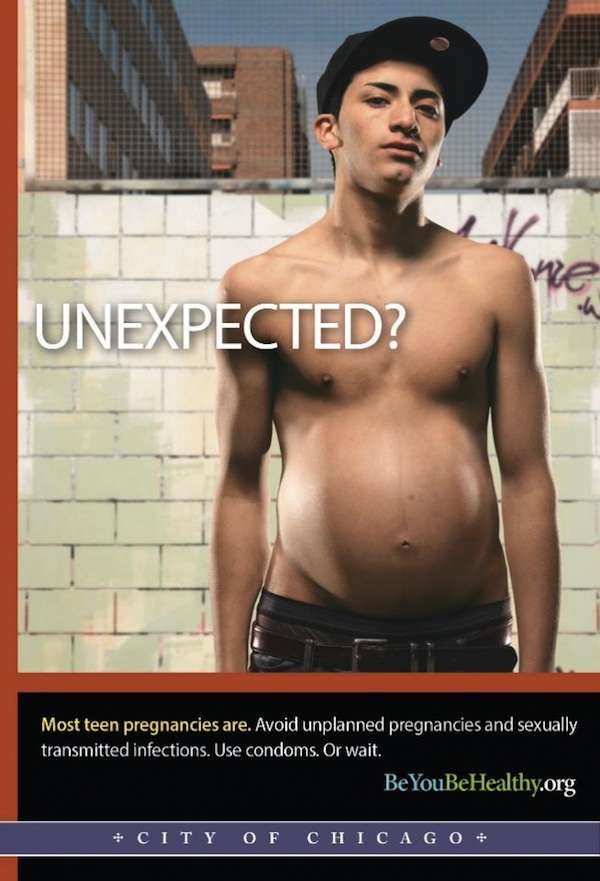 Instead of mimicking classic pregnant girl ads, the campaign opted to make boys pregnant instead. With this shocking image is the text "Unexpected? Most teen pregnancies are." The ad then continues to advise teens to either use a condom or wait.

The goal of the ad was to raise awareness about health issues among both male and female teenagers. By using a male experiencing a female problem, the campaign implies that pregnancy is a problem for members of both genders. In addition, the shocking image rips teens from the constant distractions around them to make them instantly pay attention.