Child Stand Up Comedians
Next
Set of
Related
Ideas 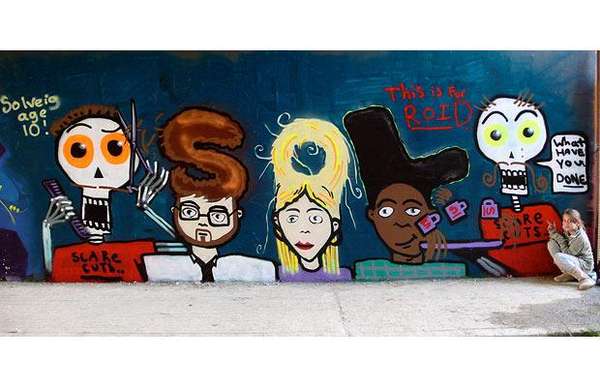 10-Year-Old Solveig is Hailed as the “Female Banksy”

From Mozart to Macaulay Culkin, precocious children have always attracted a great deal of attention. Exuding an ease and spontaneity in performing tasks that are well beyond their age, these kids turn into instant icons.

As the story is told, Solveig started graffiting spontaneously, as told to The Telegraph:

“I started watching people doing paintings and asked them if I could have a go.” And Solveig was already labeled as “the young Picasso of street art” and a “female Banksy”.

Solveig’s works are colorful and the composition is surprisingly well-balanced. She enjoys cartoonish and cute subjects, as well as tagging her name in huge, elaborate fonts. It is a youngster’s typical imagery. She has already done about 20 large wall works that she signs with her tagname “Sol” and her age at that time.

Taking her craft super-professionally, Solveig already has a crew--AGC, that stands for All Girl Crew--with her younger sister and three friends. Solveig has also invested her time in political activism, a well-praised graffiti culture characteristic: She painted the Berlin Wall, as you can see in pictures 8 and 9.

The buzz about Solveig is becoming quite big: she even got to design a tattoo and for a fan of her work. You can see more of Solveig's work on her Flickr site.

Solveig describes to The Telegraph her graffiti featured in the first image of the gallery:
5
Score
Popularity
Activity
Freshness
Get Better and Faster

Graffiti For Education
London College of Communication Wants You To Draw