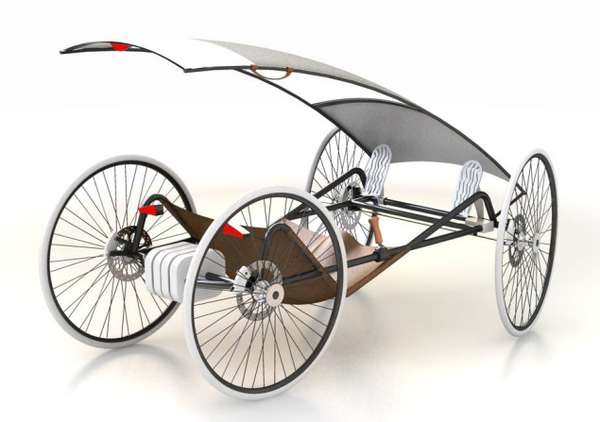 The Potencial Vehiculo Stores Mechanical Energy for Later Use

This 'Potential Vehicle' was designed by Nico Jara, and science behind it is really clever. The lightweight four-wheeled chariot is equipped with seating for two and two pairs of pedals in front, affording drivers the means to rouse their ride into motion. However, instead of requiring exhaustive revolutions on upward inclines and enabling rests while heading downhill, the Potencial Vehiculo stores the mechanical energy input by the users, storing it as potential energy for later. One can then put kinetic energy to use whenever an extra boost is needed.
2.6
Score
Popularity
Activity
Freshness
Access Advisory Services