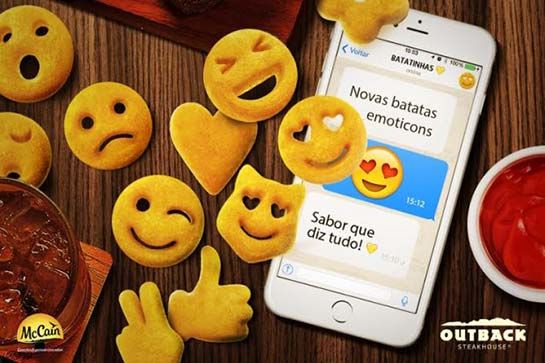 The New McCain Emoticons are a Kid-Friendly Side Dish

McCain's 'Emoticons' are pre-fried potato snacks sold in freezer-friendly bags. Like the original Smiles, the potatoes feature a crispy exterior and a fluffy mashed potato interior. However, instead of smiling faces, the new potato snacks are shaped like various emojis, including the thumbs up, heart and frowning face. The entertaining shapes and flexible preparation are meant to appeal to parents looking for a tasty, vegetable-based snack for kids. As explained in a statement from McCain Foods, "Emoticons make children's meals even more fun, tasty and nutritious."

Designed for both home and restaurant consumption, the pop culture-inspired side dish puts a 21st century spin on a popular product.