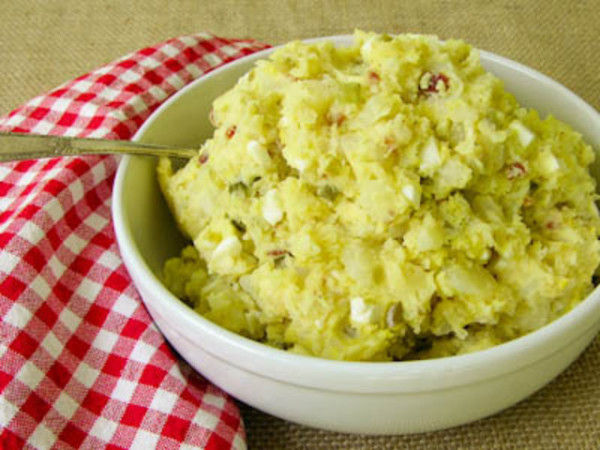 Alyson Wyers — July 7, 2014 — Lifestyle
References: kickstarter & thatsnerdalicious
Share on Facebook Share on Twitter Share on LinkedIn Share on Pinterest
The wonderful thing about crowdfunding websites is they allow people to collaborate online and create projects they wouldn't otherwise have the financial means to make, whether it's a documentary film or a potato salad Kickstarter. One man, Zack Danger Brown, decided to boldly go where no man has gone before by using the crowdsourcing platform to make potato salad. With a reasonable $10 goal, the campaign has now reached almost $10,000 in funding.

When the potato salad Kickstarter began, it was to make one undecided kind. It has since grown to include a potato salad party with many kinds of starchy salad, to which the entire internet is invited. Hopefully recipes from all over the world will be represented, although the Kickstarter creator notes his kitchen is likely too small for everybody.
2.1
Score
Popularity
Activity
Freshness
Attend Future Festival Virtual