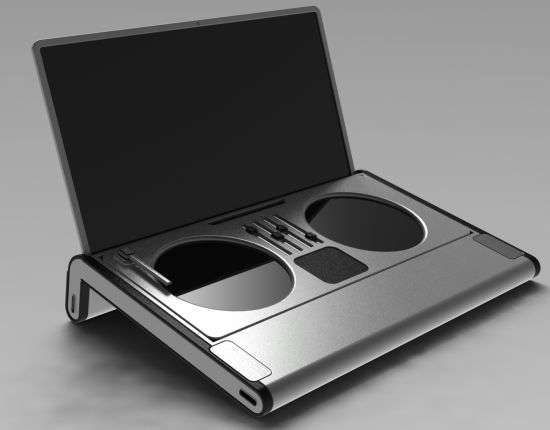 The Portable Workstation System is the Perfect Tool for Creatives

Katherine Vong — December 18, 2009 — Tech
References: umangdokey & thedesignblog.org
If you’re a computer geek by day and a DJ by night, the Portable Workstation system by British designer Umang Dokey is for you. Even if you’re neither of those things, but need a computer system that can perform multiple functions, the workstation is still a good thing to have on hand.

The Portable Workstation system looks—and unfolds—like a laptop but it is so much more than that. It features a digital pen which you can use to draw and write on the screen, a cover that can double as a detachable keyboard, and a special hardware/software system that allows you to convert it into a digital DJ turntable. How many computers do you know that boast that particular feature?
5.1
Score
Popularity
Activity
Freshness

Turntable CD Players
The CDesign Gets Its Groove On