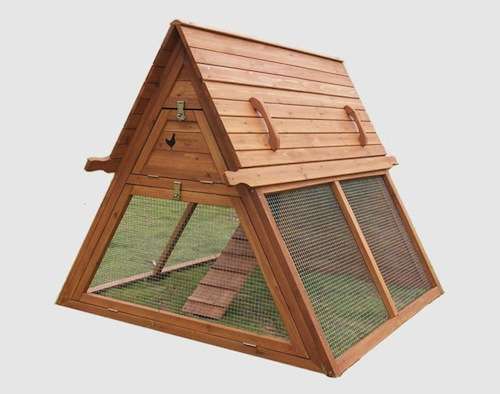 Jessica Marcel — January 29, 2010 — Lifestyle
References: handcraftedcoops & design-milk
While I certainly respect individuals who take on the task of raising their own animals, I can’t say I’d ever want to live next to one. It’s a little known fact that roosters don’t just crow when the sun comes up—they’re also very fond of making a racket at around 2:30 in the morning. Maybe the Portable Chicken Coop, designed by Drew Waters, could fix that. Since it’s movable, animal lovers can move their little noisemakers inside at night.