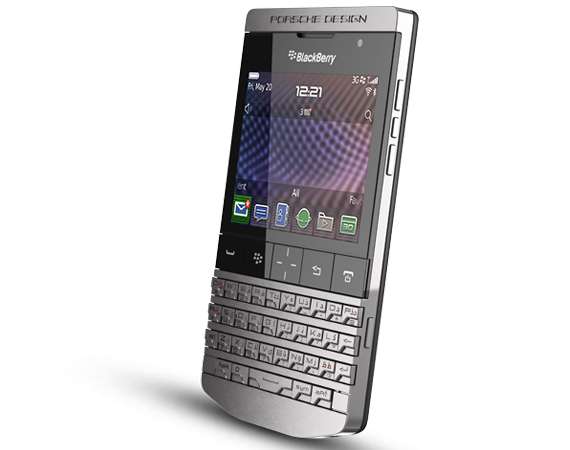 Senduran Bhakthakumaran — January 17, 2012 — Autos
References: mashable & freshnessmag
The Porsche and Blackberry P'9981 is the result of a team effort that has produced a strikingly sophisticated smartphone from the ashes of BlackBerry's currently burning empire. The German automaker approached BlackBerry for this collaborative effort that has managed to re-instill the professional and classy nature that owners of the BlackBerry were meant to feel.

The luxury phone is a revamped model of the BlackBerry Bold 9900 and it is quite evident that the new stainless steel look is eye-catching. The keypad sports a high-tech, yet still simple look that is mirrored in whole by the straight-edged outline of the phone. It comes of as a clean-cut, organized mobile device that promotes the flair for design exhibited by Porsche and the elegance BlackBerry is known for.

CES 2012 has become home to a flashy effort made by the Porsche and BlackBerry P'9981; a phone that is priced near $2,000 dollars, has been released in the Middle East and U.K. and will be on its way to North America in the near future.
6.5
Score
Popularity
Activity
Freshness