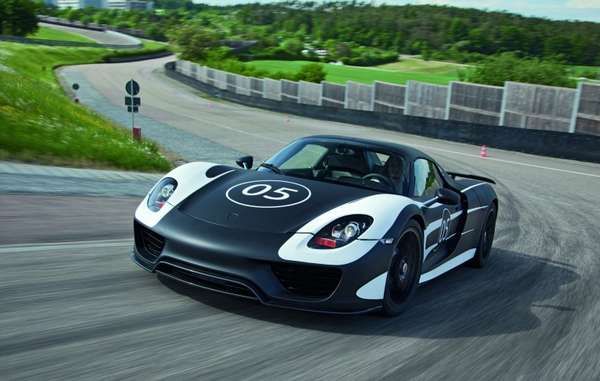 Sarah Moore — May 18, 2012 — Autos
References: gizmag
Share on Facebook Share on Twitter Share on LinkedIn Share on Pinterest
The Porsche 918 Spyder hybrid can speed around the track while looking like a million bucks, but it beats out other super fast sports cars in one key area: its minimal fuel consumption. This new and improved Eco-conscious roadster takes the fuel economy of its predecessor model, which was released in 2010, and packs a whole lot of extra horsepower beneath the hood.

Capable of reaching speeds up to 320 km/h with a 0-100 km/h time of less than three seconds, this automobile is a dream come true for an environmentalist with a need-for-speed. The turbo-charged car features a fully carbon fiber reinforced plastic body, for increased speed due to its lightweight properties, and a teeny-tiny petrol engine that only emits 70 g/km of carbon dioxide into the air, which is impressive.

Smart cars take note: being good to the planet does not have to mean a compromise on style or speed.