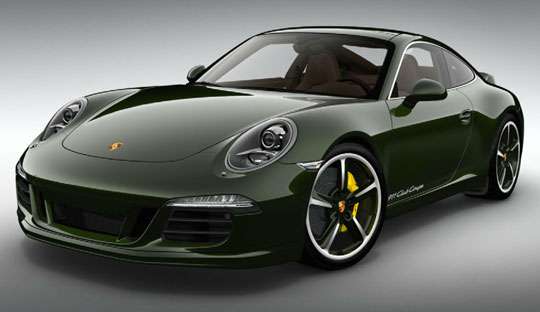 Porsche Announces the 911 Club Coupe to Celebrate its 60th Anniversary

Sarah Robson — May 29, 2012 — Autos
References: porsche & highsnobiety
Porsche Announces the 911 Club Coupe to mark its 60th Anniversary and to honor all of the Porsche club members worldwide. The first German-made Porsche was released in 1948, and in 1952 the first Porsche Club was started by its 13 founding members. Today, there are 640 Porche Clubs in 75 countries with 181,000 members.

The members are very excited for a new addition to the coupe collection, and this car will be very exclusive. Only 13 will be made with 12 members drawn through a lottery system; one will remain at Porsche to honor the club. This car’s exterior comes in Brewster Green paint with an espresso interior. It will is selling for $175,000.00, and members can sign up for a chance to win until June 16th.