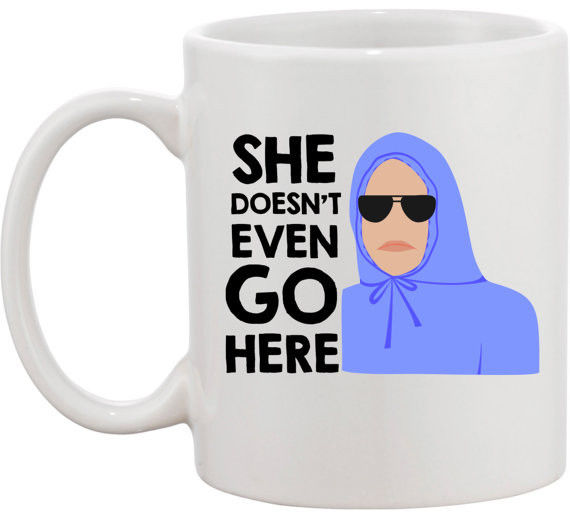 Vasiliki Marapas — November 28, 2014 — Lifestyle
References: etsy & shop.nylon
Perks of Aurora is an Etsy store that specializes in pop culture mugs and cards because, as the webpage states, "Everyone likes funny movies and TV, and everyone likes mugs, so why not combine them?!?"

This Mean Girls mug features one of the most hilarious quotes in the film. You know the one I'm talking about: "She doesn't even go here!" The line has taken on a life of its own, becoming referenced in everything from everyday conversation to Internet memes.

If you wake up feeling bold and sassy, much like Damien in the film, then it only makes sense to enjoy your morning cup of coffee in this hilarious pop culture mug by Perks of Aurora.