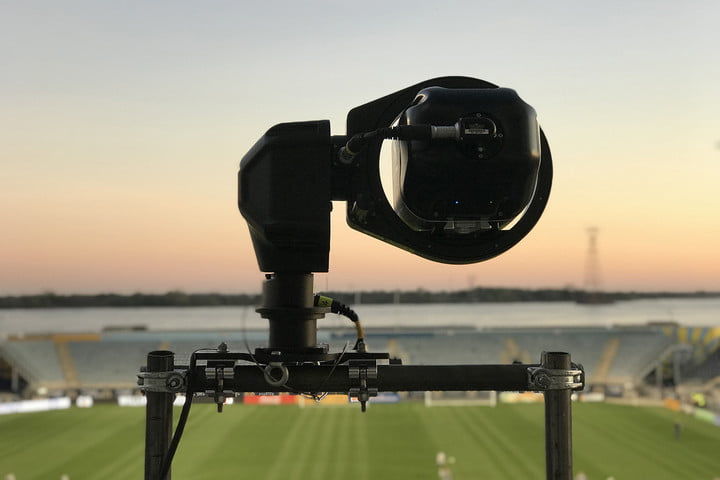 Justin Lam — April 3, 2018 — Tech
References: mrmoco & digitaltrends
Share on Facebook Share on Twitter Share on LinkedIn Share on Pinterest
The Polycam Player, by Mark Roberts Motion Control (MRMC), is a new robotic camera system that is aimed at giving sports fans, coaches and trainers an entirely new view of the game. The system functions off a motorized camera support and utilizes facial recognition and artificial intelligence to automatically follow an athlete, and manages to keep the action in-frame without the need for another human operator. This is the true marvel of the Polycam Player, as it manages to imitate the movement of a human operator and is even smart enough to zoom and focus on the fly, as well as track a specific plat or multiple players.

In addition to the Polycam Player, MRMC has also announced an automated system for keeping multiple people in a single frame. This system is being dubbed Polycam Chat and it utilizes facial recognition and limb recognition to keep four people in-frame at once. MRMC's systems will be on display at National Association of Broadcasters (NAB) show in April 2018 and the company is also hoping to show off its Color Control Panel.
3.8
Score
Popularity
Activity
Freshness
View Innovation Webinars