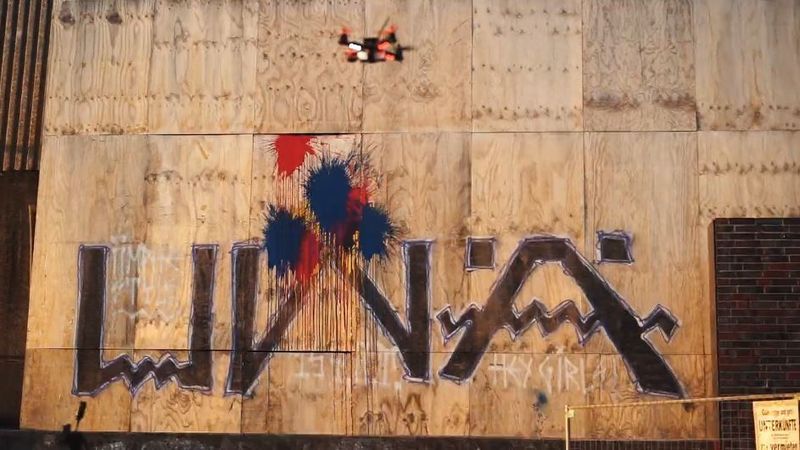 Technically speaking, the Pollockcopter is similar to a regular quadcopter drone. What differentiates it is its ability to lift and precisely release packets of paint. Cooper Copter's drone can carry an amount of water balloons full of paint. Once laden, the drone then flies towards a wall holding its canvas, passing above the wall and releasing its load just at the right moment to splatter it around the rest of the paint already covering the area.

Despite the Pollockcopter's precision, randomness plays a part in the artwork, but that randomness is true to Jackson Pollock's own method.
1.2
Score
Popularity
Activity
Freshness
Get the 2023 Trend Report FREE