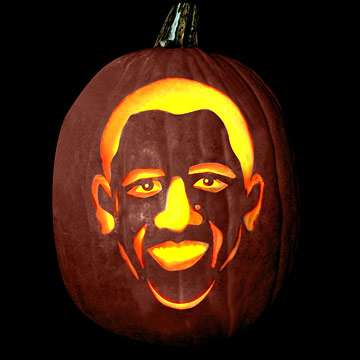 Want to join in on the fun? Download a stencil from MSN’s website below and have the most creative and unique Jack o’ Lantern on the block. While you’re having fun carving, make sure to give yourself major props for encouraging political awareness and voting.