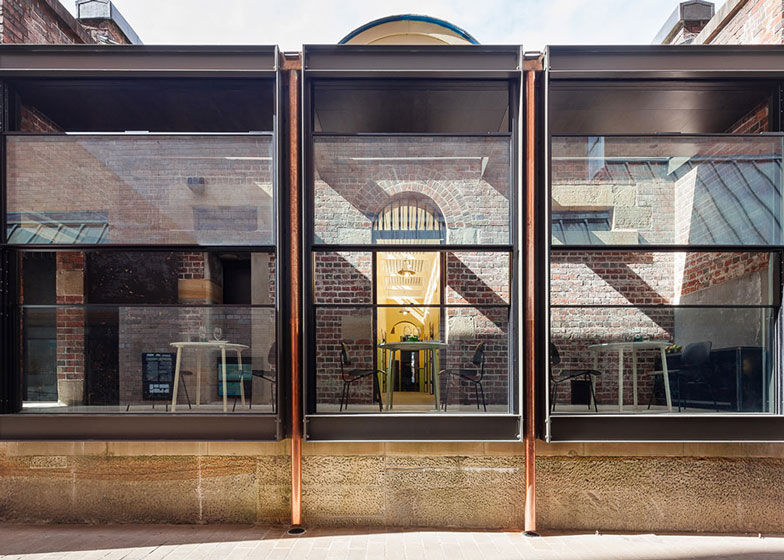 This Eatery was Formerly Head Quarters for Law Enforcement

The 19th-century station, located in a historical neighborhood of Sydney, now features a glazed extension and louvre entrace, which protrudes from the original brickwork. The original structure was designed by James Barnet, a government architect, in the 1880s. The building changed ownership and function frequently in the years following its closure. Vacant in 2009, the Sydney Harbour Foreshore Authority commissioned Welsh + Major to complete the redesign.

The original facade, which spans two-storeys, was left as it was; however, the single-storey brick building it covered was modified for the sake of accommodating a future restaurant.
2.1
Score
Popularity
Activity
Freshness
View Innovation Webinars

Geometrically Painted Restaurants
The 18.13 Restaurant by Arkham Plays with the Space