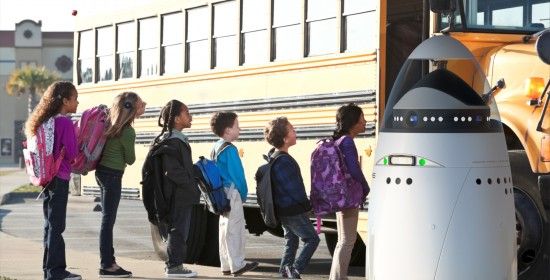 Knightscope is a Police Robot That Predicts and Prevents Crime

Laura McQuarrie — October 8, 2014 — Tech
References: knightscope & knightscope
Share on Facebook Share on Twitter Share on LinkedIn Share on Pinterest
Knightscope is like a police robot that's designed to keep eyes on a community, for security purposes. The Knightscope K5 Autonomous Data Machine makes use of autonomous technology to crowdsource real-time data and make predictions in order to determine whether authorities should be notified of a disruptive event. When an alert is activated, the machine alerts the community of a disturbance, letting officials act immediately.

The aim of the Knightscope is to be able to cut down on crime by about 50%, making school campuses, shopping malls, hotels, stadiums and other areas with lots of people and heavy foot traffic much safer places to be. The Knightscope also has appeal to private security companies and has received tons of recognition for its innovative design.
5
Score
Popularity
Activity
Freshness
View Innovation Webinars