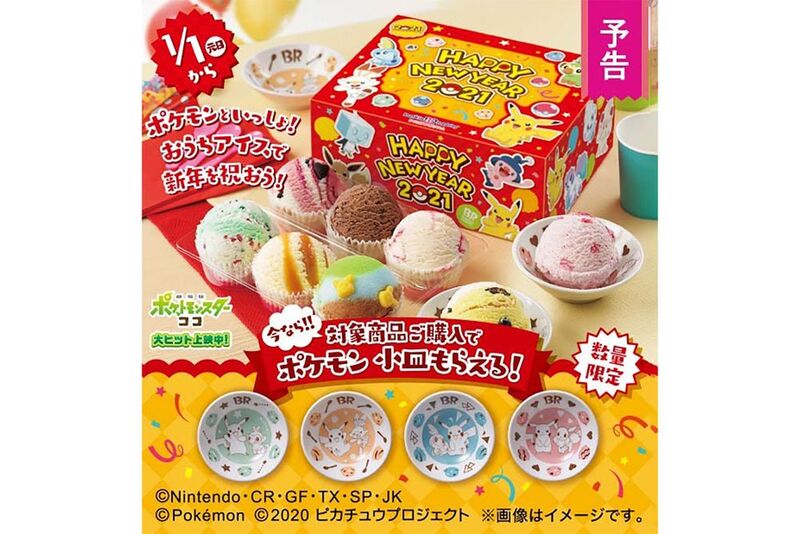 There are two versions of the new Pokémon Ice Cream Pack, one of which contains six scoops, and one of which contains 12 scoops in the carton. Each of the ice cream flavors included is inspired by a different Pokémon that appears on the outside of the packaging, including a special Pikachu-themed flavor that's black and yellow. When you purchase either of the packs, you will also receive up to four free ice cream bowls, each of which features a different Pokémon character.