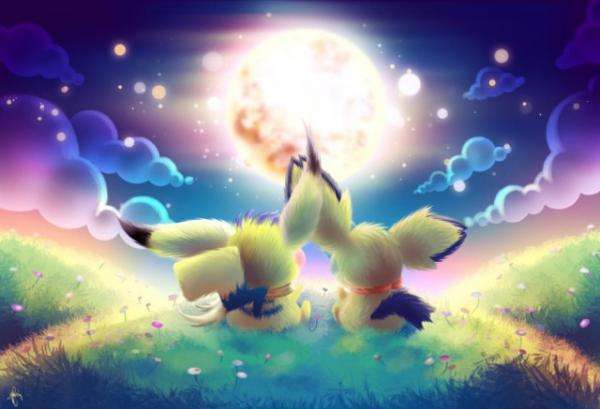 This Pokemon Art by xBlooiex Evolves Beyond Anime

Andrew Robertson — March 15, 2012 — Life-Stages
References: cuded & cuded
The Pokemon Art illustrations by artist xBlooiex go beyond the anime renderings of the popular children's series and captures the essence of the fantasy surrounding the Pokemon mythos. Fans of the cartoon will be delighted to know that this series of paintings encompasses the many installments of the Pokemon franchise, including classic characters like Charmander and Bulbasaur as well as later additions such as Altaria.

The use of shading and vibrant colors within xBlooiex's Pokemon Art works to enhance the depiction of these recognizable critters into an enchanting, visual spectacle. These illustrations beautifully combine nostalgic appeal with visual bedazzlement. Even if you weren't a fan of any of the Pokemon installments (TV show, trading card game, Game Boy game), the creative finesse behind xBlooiex's Pokemon Art is sure to impress those with even a hint of appreciation for fantasy-inspired artwork.
4.7
Score
Popularity
Activity
Freshness