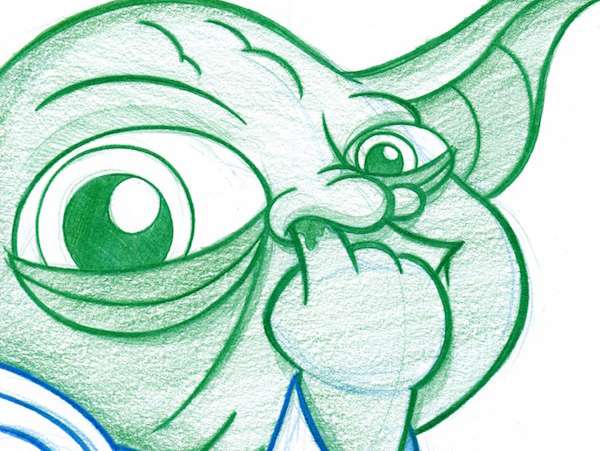 Jason Soy — May 3, 2012 — Pop Culture
References: podgypanda & blog.thaeger
Share on Facebook Share on Twitter Share on LinkedIn Share on Pinterest
With May 4th fast approaching, a day celebrated globally by Star Wars fans, illustrator PodgyPanda decided to draw these whimsical versions of Yoda, Darth Vader and an Ewok to demonstrate his fan devotion. Unlike a lot of other Star Wars art, PodgyPanda has decided to portray the three characters as rambunctious kids. Even though they’re picking their noses, rocking out while playing Guitar Hero and just being obnoxious in general, fans will no doubt fall in love with these incarnations of George Lucas’ creations.

PodgyPanda, whose real name is Richard Kuoch, is an artist, illustrator, animator and graphic designer. He adapted the pseudonym to further emphasis his approach to the arts, which is all based on having fun. His humorous side is certainly evident in these wild and laugh-inducing renderings.
6.6
Score
Popularity
Activity
Freshness
Get Better and Faster