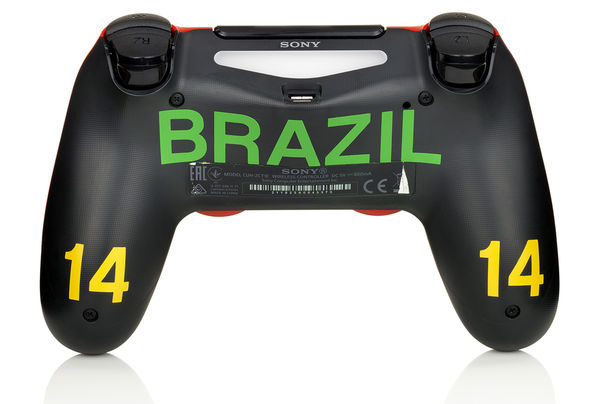 Laura McQuarrie — May 14, 2014 — Tech
References: pocket-lint & engadget
It's just a little bit less than a month until the 2014 World Cup kicks off in Brazil and this year, Sony is leveraging itself as one of the six official FIFA Partners by offering free Playstation controller customizations to fans.

In three UK cities, Sony will be setting up stations where soccer fans can visit and get their PS3 and PS4 DualShock controllers made over by a graffiti artist with player names, numbers or team colors. These stations will be set up ahead of the games in big public spaces in Birmingham, Manchester and London throughout May and June. As well as getting some totally free decals for your controller, Sony will also be hosting challenges to reward gamers with even more personalized controllers.
3.1
Score
Popularity
Activity
Freshness