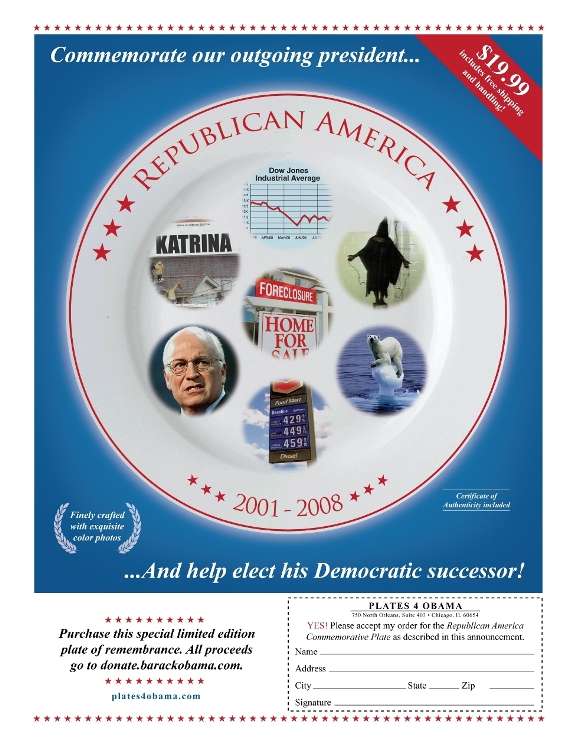 elmpr — October 25, 2008 — Pop Culture
References: theescapepod.wordpress & Plates4Obama
A political satire campaign has launched called “Plates for Obama” that presents the ‘accomplishments’ of the Republican Party on a dinner plate.

Website visitors and are playfully urged to “Commemorate our outgoing president… And help elect his Democratic successor!” Plates can be purchased for $19.99 at Plates4Obama.com, and 100% of the proceeds are donated to the Obama campaign.

“Plates for Obama” is a voluntary political campaign created by cutting-edge Chicago advertising agency The Escape Pod, after they were randomly assigned a candidate for an upcoming Chicago Sun-Times political ad competition. The agency decided to bring the political satire initiative to life as the election nears and are now shipping these dinner plates nationwide.
1.8
Score
Popularity
Activity
Freshness