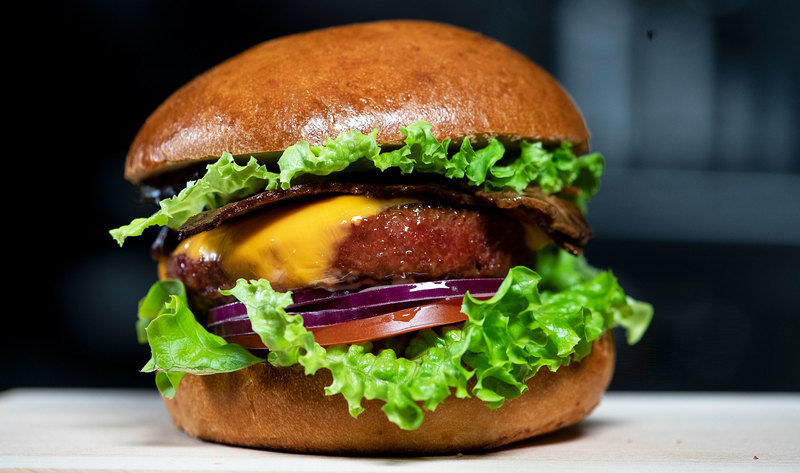 Katherine Pendrill — October 24, 2019 — Lifestyle
References: vegnews & brandeating
Share on Facebook Share on Twitter Share on LinkedIn Share on Pinterest
With the growing demand for more vegan and vegetarian options, Nestle has just announced that it has developed a plant-based bacon cheeseburger. Though cheese, bacon, and beef are all made from animal products, Nestle's new cheeseburger will be made entirely from plants.

According to Nestle, the company has developed plant-based versions of bacon and cheese. According to the company, the vegan cheese has the "texture, meltability, and delicious, rich taste of a dairy cheese," while the vegan bacon "becomes crispy and chewy when cooked, similar to animal-based bacon, and has the same satisfying flavor."