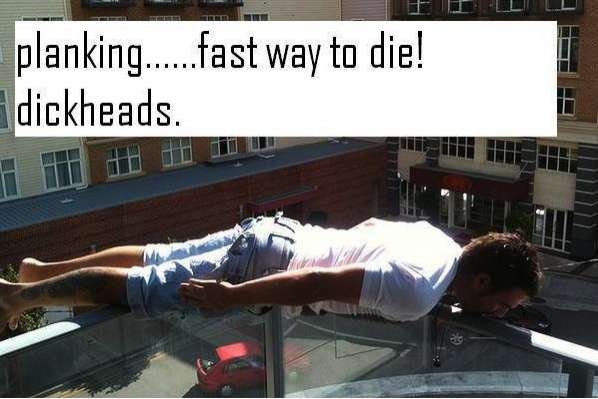 Sandra Winn — May 16, 2011 — Pop Culture
References: couriermail.au & news.au
Share on Facebook Share on Twitter Share on LinkedIn Share on Pinterest
Planking, or the lying down game, has increased in popularity among people of all ages on the Internet. The idea is to lie as stiff as a board on a public surface of your choice, snap a picture and share it with friends and other plankers. The more daring and creative the planking platform—or lack thereof—the better.

Although planking is meant to be fun, it can be a very dangerous stunt especially when coupled with alcohol, extreme bravery and the need for an adrenaline rush. Unfortunately, a young man in Australia, Acton Beale, met his death because he tried planking on a balcony and fell while trying to take his picture.

According to Couriermail, "The phenomenon has come into the spotlight after a 20-year-old planker from Brisbane was charged by police in Gladstone for attempting the 'ultimate plank' – lying across a police car."