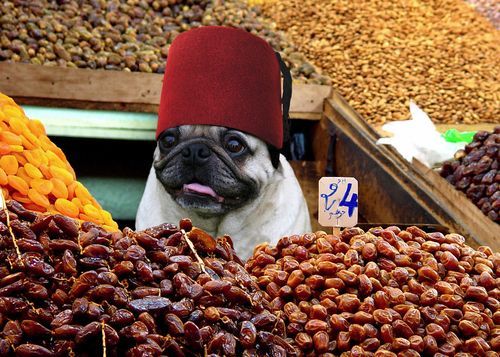 Planet Pug is an Adorable Collection of One Pug's Global Adventure

In a series of photographs that are located in various marketplaces across the globe, Sheridan pictures his adorable pug in the local headwear of the country they are in. These countries include such far off places such as Marrakech, Morocco to La Paz, Bolivia and Rajasthan, India. While some have raised the point that some of the headwear in "Planet Pug" look Photoshopped, such as when the pug is seen wearing a black top hat and a poncho, or when it is wearing a traditional hat from Turkmenistan called a "telpak," the photos are nonetheless an original idea due to the fact that your dog would also be an ideal travel companion if it can be convinced.
4.3
Score
Popularity
Activity
Freshness
View Innovation Webinars