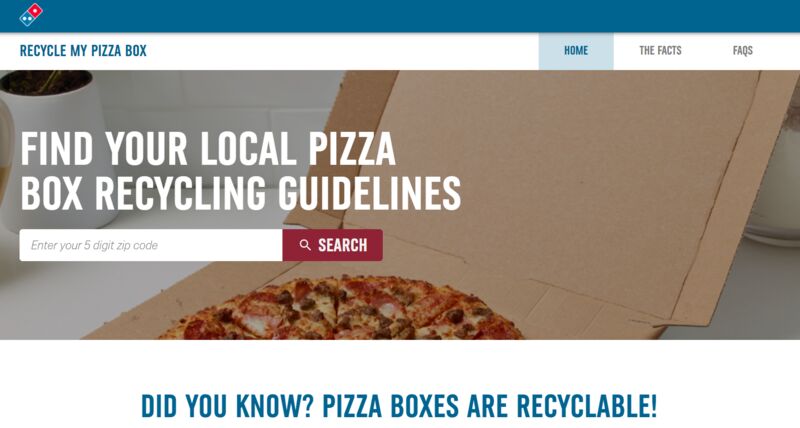 The tool can be accessed by going to recycling.dominos.com, where consumers can input their zip code to see where the closest recycling station is to them. To create the tool, Dominos partnered with paper recycling agencies throughout the US after looking at a study from its box supplier, WestRock, which stated that "73% of the population has access to recycling programs for empty pizza boxes."

Director of Public Relations Jenny Fouracre spoke to the addition of the tool, stating "This new tool on our recycling site should help to clarify the local regulations. We are also really happy to see communities nationwide communicating more clearly to residents that they do want pizza boxes in their recycling bins, instead of the garbage cans."