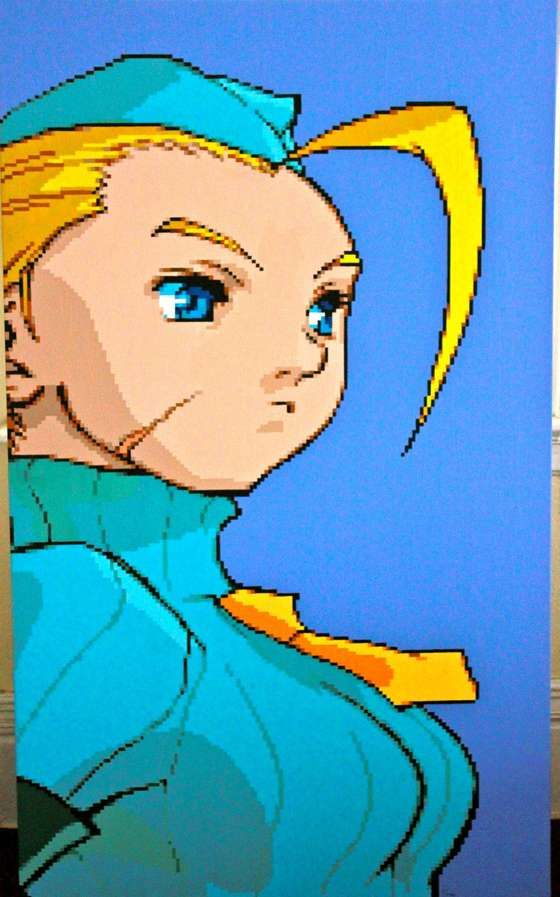 Toronto engineering student Philip B. began to practise art as an attempt to recreate childhood memories, especially memories of playing video games with his family. At first, he tried to learn PhotoShop and working with vectors, but found his ability was lacking.

He instead opted to paint these images on canvas with acrylics, starting with a painting of a Mario suit. Pixel by pixel, he moved on to to paint Pokémon badges. He found that he could apply his math skills to this exact art form, where every pixel counts. The largest one so far is a 5 foot-tall Cammy portrait from Street Fighter Alpha 3.