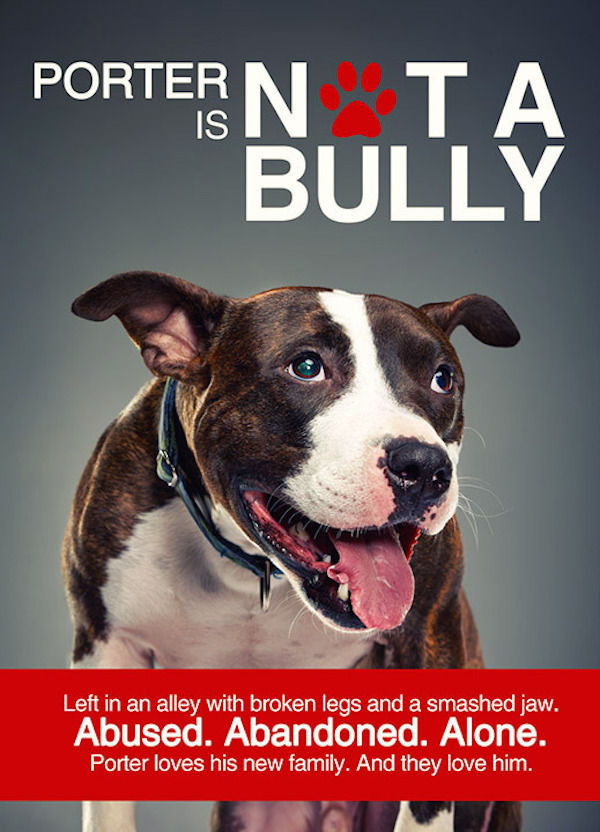 Megan Facciuolo — April 29, 2014 — Lifestyle
References: notabully.org & designtaxi
Share on Facebook Share on Twitter Share on LinkedIn Share on Pinterest
Pit bull abuse is hand in hand with the negative perceptions that people often have of the breed. New York-based photographer Douglas Sonders launched a campaign to stop the mistreatment of the animals. The campaign, titled 'Not a Bully,' recently released and features friendly captures of rescued pit bulls.

Sonders, with the support of celebrity dog trainer Cesar Millan, hopes to change the way people perceive the breed. Through pictures of them and their pit bull pooches, they shed light upon the fact that 22% of pit bulls in shelters are automatically euthanized.

The campaign also pictures dogs with tragic histories of mistreatment and neglect. For example, a meekly smiling pit bull named Porter was found in an alley with a smashed jaw and broken legs, but now, is happily adopted. All the dogs like Porter in the photographs, regardless of their past abuse, look happy and gentle.
4.7
Score
Popularity
Activity
Freshness
Attend Future Festival