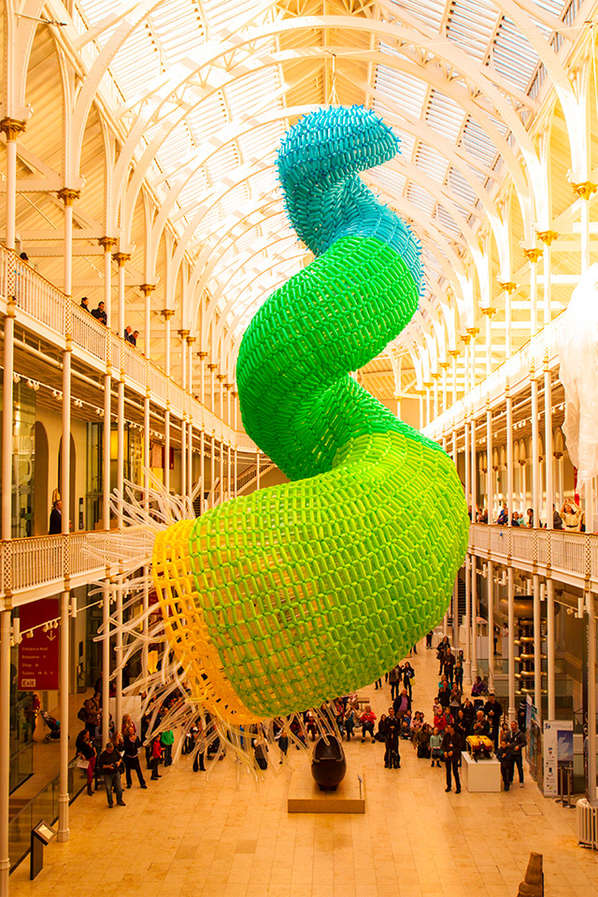 Pisces by Jason Hackenwerth is an Enormous Spiralling Structure

Meghan Young — March 30, 2013 — Art & Design
References: jasonhackenwerth & thisiscolossal
Share on Facebook Share on Twitter Share on LinkedIn Share on Pinterest
Pisces by Jason Hackenwerth, an artist based in New York City, is a ginormous spiralling suspended sculpture made out of latex balloons. Created for the Edinburgh International Science Festival and installed in the Grand Gallery of the National Museum of Scotland, it is the artist’s interpretation of the Greek myth of Aphrodite and Eros: Aphrodite, the Goddess of love, and her son Eros escaped the fearsome monster Typhon by transforming into a spiral of two fish, a figure which later became a constellation known as Pisces.

Made out of 10,000 balloons, Pisces by Jason Hackenwerth took three staff members nearly six days to blow up. Carefully woven with the help of his assistant Leah Blair, it will be on display until April 14th, 2013.
2.4
Score
Popularity
Activity
Freshness
View Innovation Webinars