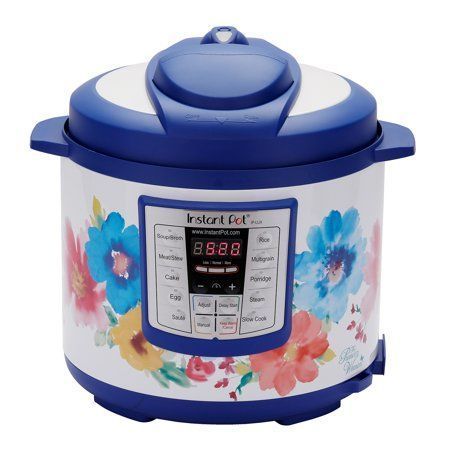 Katherine Pendrill — September 17, 2018 — Art & Design
References: go.skimresources & delish
Share on Facebook Share on Twitter Share on LinkedIn Share on Pinterest
Ree Drummond already has a hit cooking show and several restaurants to her name, and now she's expanding her empire with her own Pioneer Woman Instant Pot. With an updated, floral design, the newest Insta Pot edition brings a touch of personality to the hit cooking device.

While she was not initially sold on the Instant Pot when it first hit the market, Drummond quickly became a bit fan after seeing just how much time the cooker could save. Now she is showing her love for the appliance with her very own Pioneer Woman Instant Pot. Just like other versions of the cooker, the device functions as a pressure cooker, steamer, sauteer, slow cooker, rice cooker, and warmer. But unlike the standard model, the Pioneer Woman features one of two with a distinct, floral design and a booklet of Pioneer Woman recipes. This means consumers can whip up all the recipes from their favorite cooking show, in a fraction of the time.