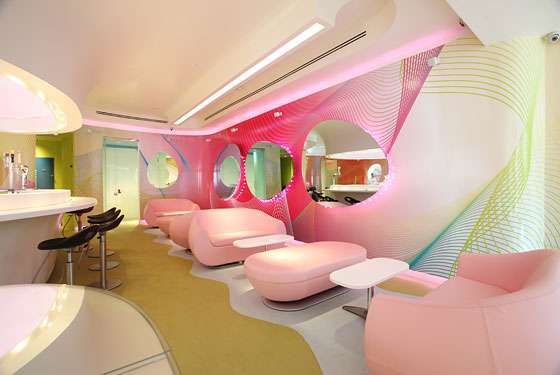 Karim says he worked with organic shapes to make the space fluid and focused heavily on practicality, with comfortable furniture, effective lighting and quality acoustics.

Perhaps the most unique feature of the design is the new technology which has been incorporated into the space via the cameras placed over the bar. The cameras take imagery of people at the bar, and then an algorithm takes the real images and abstracts them in the hidden monitors behind the oval mirrors. They then become artistic video shows.

I suspect that dining in a space so heavily laden with Barbie pink is not going to appeal to everyone, but Kurve was designed to cater predominantly for the youth-culture-driven market, who will no doubt appreciate its funky retro chic mood.
5.1
Score
Popularity
Activity
Freshness
Attend Future Festival