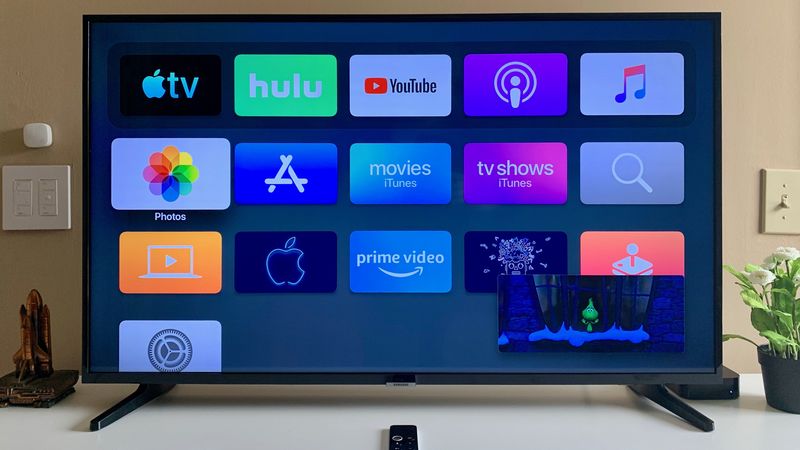 A Picture-in-Picture Function is Coming to Apple TV

Daniel Johnson — June 19, 2019 — Tech
References: 9to5mac & theverge
Share on Facebook Share on Twitter Share on LinkedIn Share on Pinterest
Apple will be releasing a picture-in-picture function for its Apple TV app, this would allow video to play in the corner of the screen while users continue to browse through other content. Currently, the new mode will only be available on the Apple TV app, and is speculated to be available in July. The function would allow users to continue looking when not entirely sold on a movie, or keep up with sports while watching something else.

The Apple TV picture-in-picture mode will look essentially the same as the one that already exists on iPad. Where inside a smaller window, users can see options to make it full screen, minimize the smaller window or close it down. It is speculated that the feature may not be included in the next tvOS update, this is due to the fact that the company has not addressed the feature.