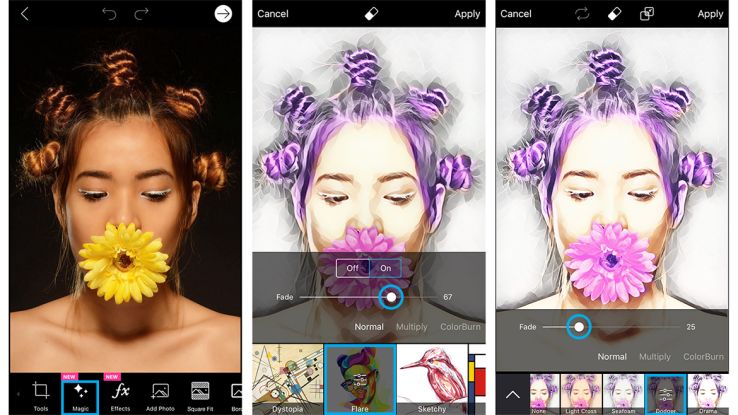 Joey Haar — September 22, 2016 — Tech
References: picsart & techcrunch
Prisma turned heads and earned downloads when it released its app for turning smartphone pictures into painting-like images, but the new features from PicsArt claim to improve even further upon the captivating technology. Using artificial intelligence and a neural network, PicsArt still turns images into works of art, but it adds thousands of editing features and even applies the same features to videos.

Part of the appeal of PicsArt is its speed. Other apps the offer similar features were often slow because they needed to have photos processed in the cloud. The PicsArt algorithm gets downloaded directly onto users phones; this increases the speed of processing significantly, and it also allows users to process and edit their photos even when they aren't connected to the internet.
2.9
Score
Popularity
Activity
Freshness