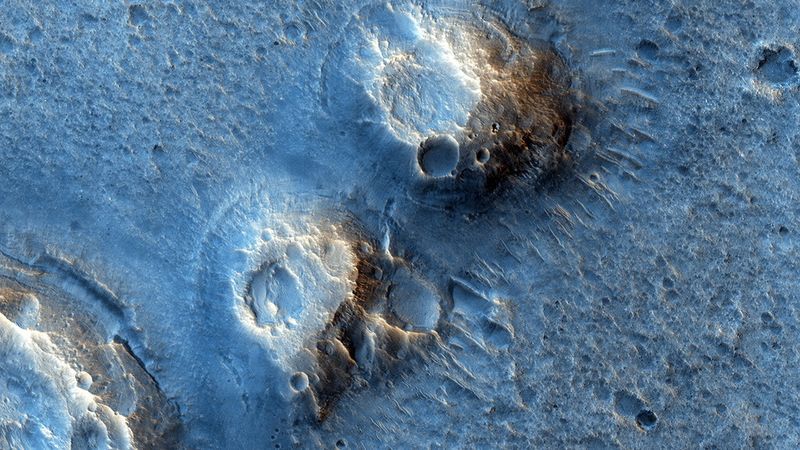 These Photos of Mars Will Help You Understand Matt Damon's Issues

Rahul Kalvapalle — October 8, 2015 — Tech
References: jpl.nasa.gov & gizmag
Share on Facebook Share on Twitter Share on LinkedIn Share on Pinterest
If you want to get a better understanding of the environment in which Matt Damon's character finds himself in the Hollywood blockbuster 'The Martian', you may want to take a look at these spectacular photos of Mars. Captured by NASA's Mars Reconnaissance Orbiter using the spacecraft's special telescopic camera, these photos depict some of the very same sites mentioned in the 2011 novel and the 2015 movie.

For example, 'The Martian' touches on the sites of Acidalia Planitia and the Schiaparelli crater. While the fictional version describes the southern Acidalia Planitia as being flat and easy to drive over, these photos of Mars show it to actually be quite treacherous and covered with boulders, rocky slopes and ancient volcanoes. Meanwhile, the crater is shown to have a flat region which can be used as a landing site.

Ultimately these photos of Mars don't just help us better understand a Hollywood blockbuster, but help us gain new insights into a planet we may well inhabit one day.