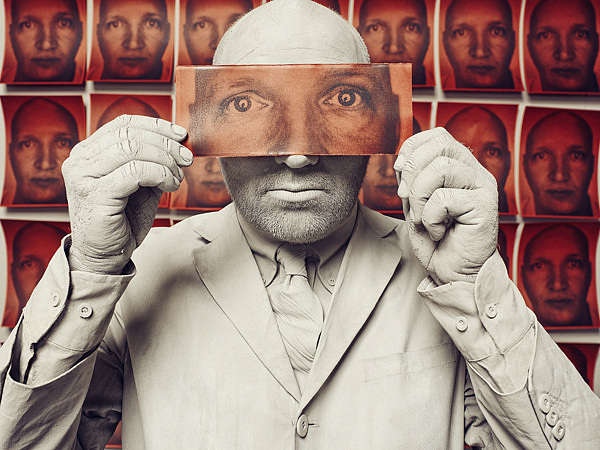 In some of these captures, the audience is exposed to multiple Ruben Van Der Meer figures. One of these odd-ball shots shows Van Der Meer cowering in the corner while another Van Der Meer bursts out from the wall, covered in white. Another of these funky shots shows a red track suit wearing Ruben embracing his white paint-covered clone. A particularly strange shot from this collection features the white covered Van Der Meer in a room filled with pictures of himself. This ghostly white man holds a bug-eyed capture out in front of this face.

This wacky photo series is a lot of fun to look at and leads me to believe that Ruben Van Der Meer has a very big personality.