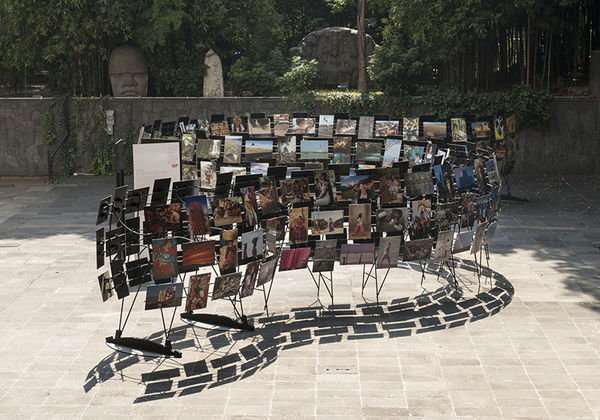 Quetzalcoatl Fotografico in Mexico City is Shaped Like a Snake

Jamie Danielle Munro — April 11, 2014 — Art & Design
References: facebook & designboom
Share on Facebook Share on Twitter Share on LinkedIn Share on Pinterest
Most photo exhibits are set up so that the images are hung neatly on walls for people to observe, but this travelling exhibition titled Quetzalcoatl Fotografico in Mexico City takes on an entirely different design. The photos are set up in a serpent-like manner in a central courtyard space. Two mirrors are also placed on either side of the design to look like the eyes of the snake.

The exhibition itself showcases Mexico as a country, and has a total of 322 photographs in all that make up the design. Three photographers are featured in the piece, all of which took images from throughout the country. The professionals were aiming to capture the cultural diversity of this location, as well as the general wealth.