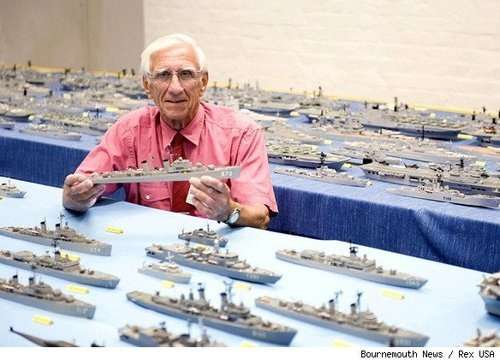 Philip Warren has Replicated Every British Warship Since WWII

In all, Philip Warren has replicated 432 ships since the tender age of 17. According to Gizmodo, the only materials he used were "matchsticks, razor blades, sandpaper, and balsa wood glue." Upon inspection, I can't believe that there was no magic involved--they look flawless.

Drawing with Matches
Mexican PSA Against Burnt Child for Awareness