24 Foods You Can Customize 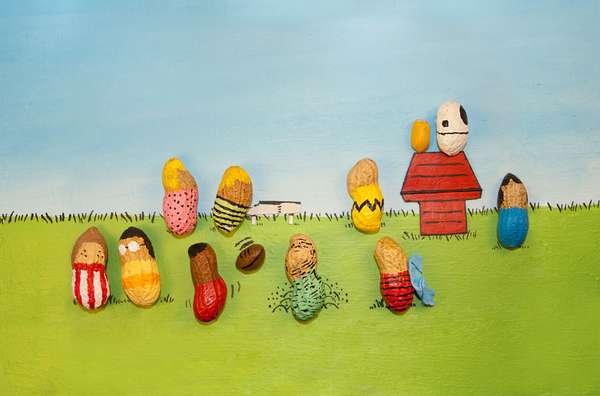 Phil Jones — January 17, 2010 — Pop Culture
References: threadless & threadless
The Peanuts gang has never been seen in such literal fashion. The entire Peanuts cartoon above is literally depicted on peanuts; each was hand painted by designer Phil Jones aka murraymullet to the Threadless community.

It is amazing that with such little space these iconic characters are still so very recognizable, from Linus with his tiny little blue blanket to Woodstock on top of the doghouse with none other than Snoopy. Not only a stand alone art piece, Phil Jones' design was made to go on a t-shirt. The t-shirt was designed as part of a 10th anniversary contest for Threadless called 'Threadless loves Threadless 2K10' that lasts until the end of January.

Phil Jones' Peanuts design is in the running now and can be voted on by clicking the link below.
2
Score
Popularity
Activity
Freshness