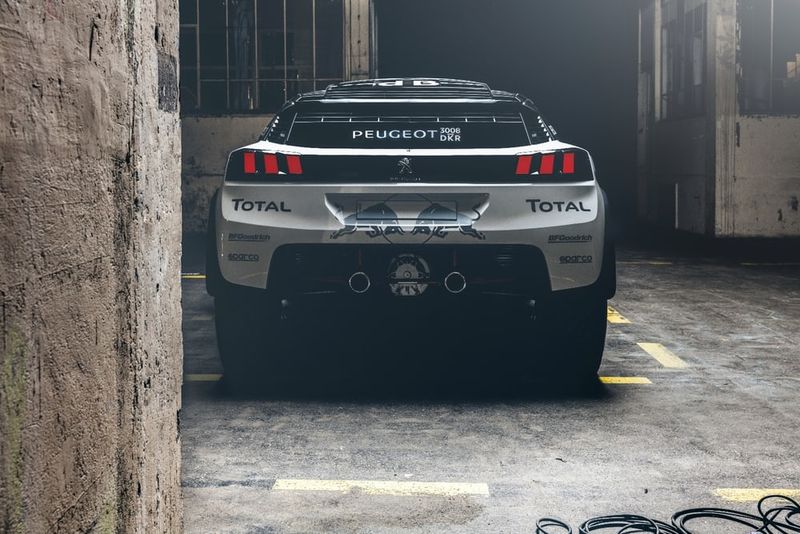 Rahul Kalvapalle — September 14, 2016 — Autos
References: peugeot-sport & autosport
Share on Facebook Share on Twitter Share on LinkedIn Share on Pinterest
The Peugeot 2008 is an extraordinarily aggressive and high-powered rally truck, which is just as well given that this particular vehicle is settings its sights on fighting it out for victory at the prestigious and exceptionally demanding Dakar Rally next year.

This vehicle, which will be driven by the likes of Carlos Sainz and Sebastien Loeb next January, features a refreshed 3-liter V6 twin-turbo diesel engine that has been tweaked to offer extra torque at lower revolution rates, which will make the car easier to control on the treacherous desert terrain. The vehicle also features some thoughtful extras, such as air conditioning, that aren't normally seen in racing cars but will help create an environment that will empower the drivers to give it their best shot.

With its combination of intelligent engineering, solid structure and a driver-friendly interior, this rally truck is one to watch out for in Dakar.
4
Score
Popularity
Activity
Freshness
Jeremy Gutsche Keynote Speaker