Circuit Board Toilets
Next
Set of
Related
Ideas 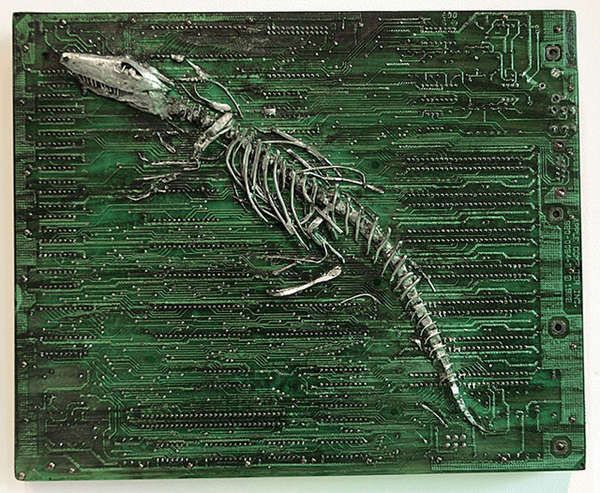 Using objects that others would just throw out, McFarlane creates beautiful masterpieces out of circuit boards. They feature the exoskeletons of various animals like a lizard, a fish or a snake; others use wires and metal to create features or a bird's nest.

McFarlane states on his site, "To me, waste is just lack of imagination...No object is beyond artistic merit, meaning and metaphor. So why throw it out?" He also has a great collection of chainsaw sculptures that were just on display at the Pegasus Gallery in Salt Sprints Island, British Columbia.

Circuit Board Symmetrical Figures
The Technological Mandala No. 2 by Leonardo Ulian is Perfect