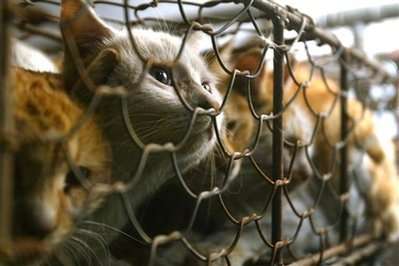 According to the protesters, every week thousands of cats are caught by traders and transported to the Guangdong province to be slaughtered for food.

Animal protection groups have in the past ambushed trucks packed with cages filled with cats headed for Guangdong. In one recent incident, hundreds of cats escaped after their cages were opened, though hundreds more remained trapped.

In China, cat meat is thought to be very nutritious, and it is also quite cheap, selling for around $1.30 a pound.