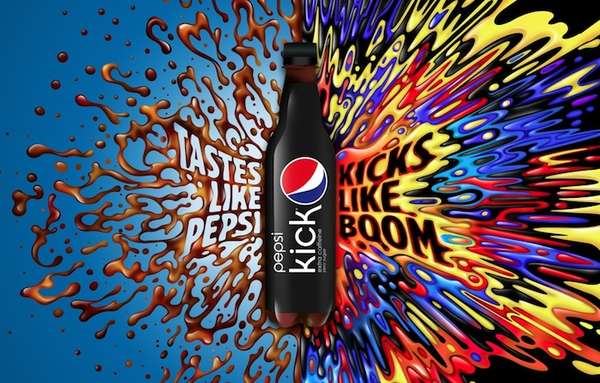 Katherinev123 — July 20, 2012 — Marketing
References: pepsi & popsop
Share on Facebook Share on Twitter Share on LinkedIn Share on Pinterest
Soda brands are consistently getting into the energy drink market, and PepsiCo, which already owns Rockstar and SoBe energy drinks, has just released another highly caffeinated beverage in the Dutch market, Pepsi Kick. Pepsi Kick contains no sugar but tons of caffeine, along with the beloved taste of Pepsi, to give consumers in the Netherlands that extra dose of energy when the afternoon slump kicks in.

As the Senior Brand Manager at PepsiCo Beverages Netherlands Caroline Henneman says, "Research shows that half of consumers seek some extra energy sources between 3 and 5 pm. Pepsi Kick provides a reviving effect of an energy drink with a familiar taste, while does not contain sugar."

Pepsi Kick was launched in the Netherlands after tremendous success in Mexico -- after its launch there in 2009, it took 44 percent market share of energy drinks in the local market. This particular campaign in the Netherlands comprises ads made by FHV/BBDO and will be combined with a sampling promotion across the country.
2.5
Score
Popularity
Activity
Freshness
Access Advisory Services