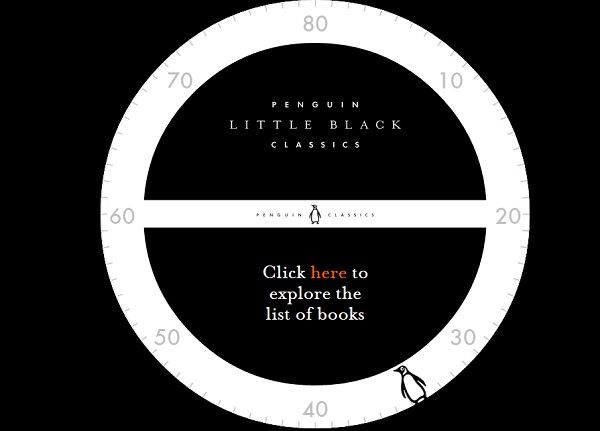 The Penguin Classic Online Compass is a Celebration of 80 Years

Rebecca Byers — February 16, 2015 — Pop Culture
References: littleblackclassics & designtaxi
Released as a part of its 80th anniversary campaign, the Penguin Classics online compass is an interactive tool taking users through the 80 books on offer from the publishing brand with a cult following for 80 pence on the date of the anniversary date.

Included in the bargain offering is works by Rudyard Kipling, Emily Bronte, Chaucer, Edgar Allen Poe, Jane Austen, van Goethe and many more. While the authors featured are all quite prominent, the campaign is a clever way to promote some of the lesser known titles by well known writers.

The Penguin Classics online compass is an interactive site designed by Mathieu Triay that engages consumers in browsing the collection and features a quote from all 80 titles.
4
Score
Popularity
Activity
Freshness