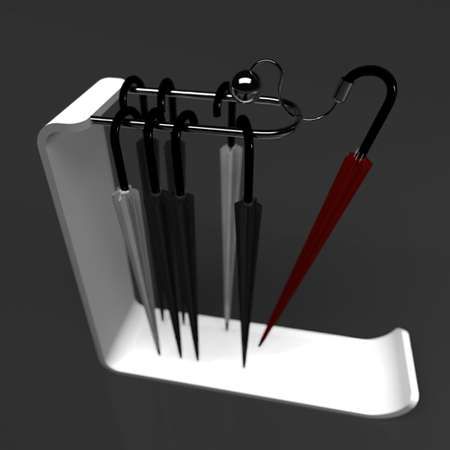 The Pendurella by Mac Funamizu Dries Off Your Rain Gear

As the umbrellas swing around in the Pendurella, the water gets stored in a base collector so there is no mess to clean up later.

The Pendurella can be very useful for those rainy spring months in the city.

Implications - The umbrella, despite its widespread use in modern history, has not received a major design upgrade. Recognizing this, savvy product designers are reworking umbrella stands in an attempt to eradicate the most persistent aftereffects of umbrella use, such as storage issues and excess water, to appeal to commercial buildings, restaurants and other public places where umbrellas are stored en masse.
2.2
Score
Popularity
Activity
Freshness
View Innovation Webinars