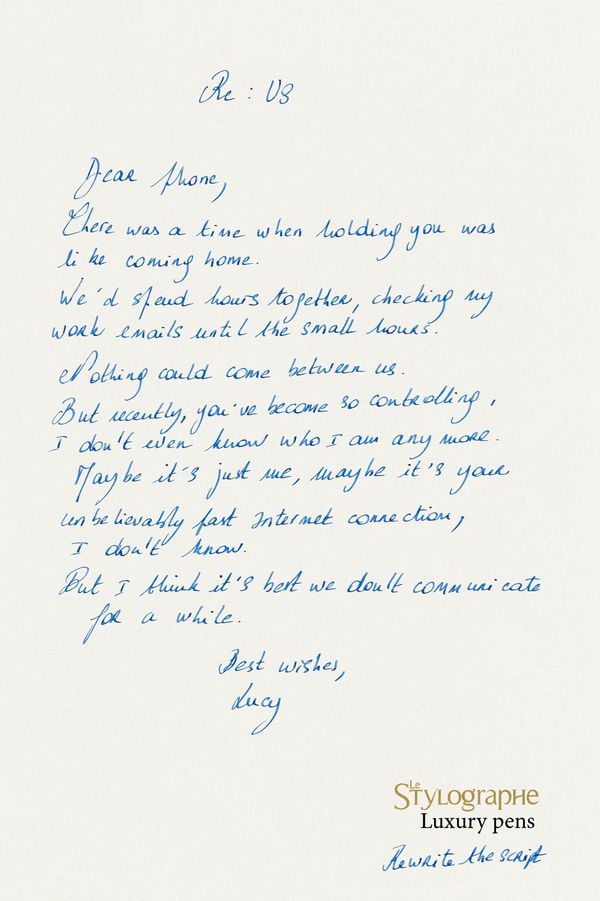 These Funny Pen Advertising Prints Will Cause Heartbroken Tech Devices

Laura McQuarrie — June 16, 2014 — Marketing
References: adeevee
Share on Facebook Share on Twitter Share on LinkedIn Share on Pinterest
Sometimes, it's good to take a break from technology, but it's not easy to let go—however, the authors of these pen advertising prints seem to have done just fine. In the print ads, both "Jay" and "Lucy" have decided to pen letters to their phone and tablet, steeling their resolves to say that it's best that "we don't communicate for a while."

Instead of spending so much time with technology, Jay and Lucy will now be occupied with their Le Stylography luxury pens and it's apparent that they've already started their new relationships by penning these letters in blue ink by hand.

Considering that pens are becoming few and far between in the digital world, these funny ads prepared for Le Stylography by Babel, Paris make a funny case for taking a break from technology every once in a while.
4.1
Score
Popularity
Activity
Freshness
View Innovation Webinars