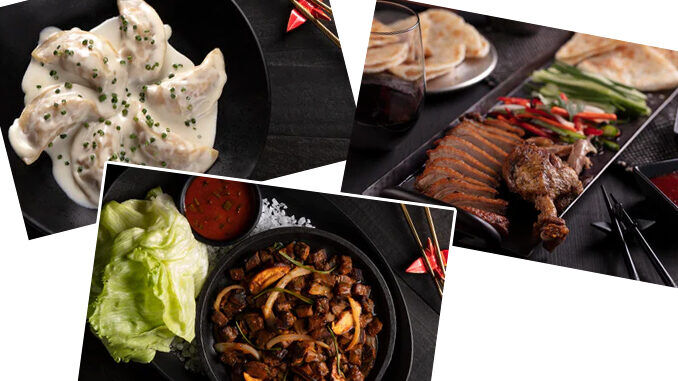 P.F. Chang's is Offering Peking Duck for the 2020 Holiday Season

Katherine Pendrill — November 25, 2020 — Lifestyle
References: chewboom
Share on Facebook Share on Twitter Share on LinkedIn Share on Pinterest
This year, P.F. Changs is taking its holiday menu to the next level with the debut of a new Peking Duck offering. The crispy duck dish will also be joined by other holiday offerings, such as Miso Butter Lobster Dumplings and Korean Bulgogi Lettuce Wraps.

For those unfamiliar, the recipe for Peking duck originated in Beijing and has been prepared since the imperial era. The dish is characterized by thin, crisp skin and its incredible flavor. P.F. Chang's version features crisped duck meat served with julienned vegetables, along with roti flatbread, chili paste, hoisin, and your choice of rice.

In addition to its new seasonal menu items, P.F. Chang's is also putting together a few limited-edition holiday family meals that can feed 4, 6, 8, and 10 people.