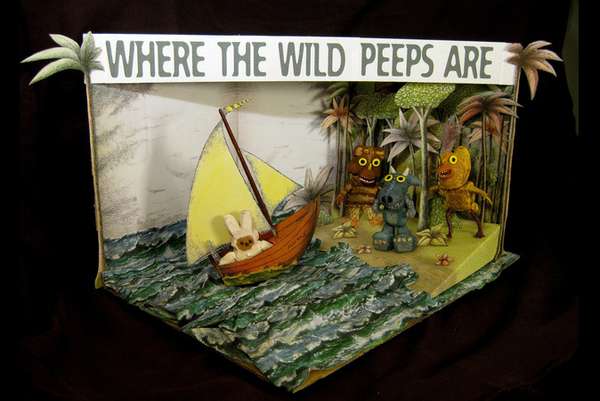 Considering that the movie UP! really struck a cord with movie-goers around the world, it’s no surprise that the winner of the Peeps Show IV was a recreation of the iconic balloon scene. Created by Michael Chirlin and Veronica Ettle, they used plywood, popsicle sticks and salvaged mattress springs to give it an airborne quality.

Other scenes seen in the Peeps Show IV were based on other pop culture phenomena such as Where The Wild Things Are and Super Mario.
3.5
Score
Popularity
Activity
Freshness