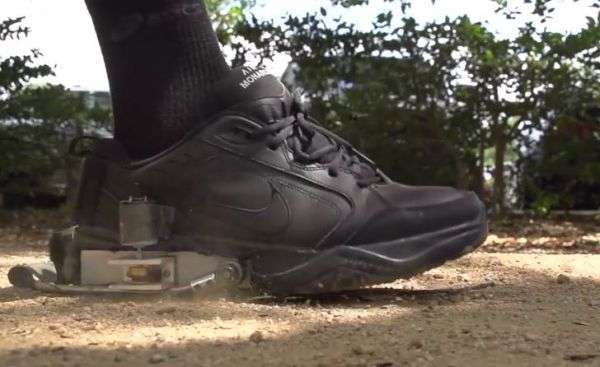 Meghan Young — May 23, 2013 — Eco
References: news.rice.edu & neatorama
Share on Facebook Share on Twitter Share on LinkedIn Share on Pinterest
Researchers in various industries may be focusing on alternative ways to harness energy in an efficient and environmentally conscious manner, but some arenas still remain untouched like pedestrian power; that is, until the PediPower Shoes were developed. It is a specially designed footwear that harnesses the kinetic energy generated while people walk.

Created by a group of students at Rice University who have dubbed themselves The Agitation Squad, Carlos Armada, Julian Castro, David Morilla and Tyler Wiest, the PediPower Shoes was a collaborative effort with Motion Analysis Laboratory at Shriners Hospital for Children in Houston, Texas. Focusing mainly on the heel, since majority of people walk heel to toe, the PediPower Shoes can deliver an average of 400 milliwatts, which is enough to power a small device.
5.7
Score
Popularity
Activity
Freshness
View Innovation Webinars